Word had it that a fleet had anchored in the port, and what a fleet, just back from the Americas!

Word had it that a fleet had anchored in the port, and what a fleet, just back from the Americas!   News travelled by word of mouth in those days. Who knows what novelty Sir Frances Drake’s men had brought back this time. On the quay of Portsmouth, in July , 1586,  proud sailors disembarked, ready to recount their adventures from the Caribbean to Florida, which the Spanish would long remember. But the sailors who came off one of the ships, the Bonner, were not in the same mood: exhausted, disappointed and happy only to be home again, they were the survivors of the Virginia colony.

Sent by Sir Walter Raleigh under royal patent, the expedition had left the year before in April, finally reaching Roanoke Island after an adventurous voyage. Today it is in North Carolina, but the new arrivals were not to know this. The established colony was named Virginia, in honour of Queen Elizabeth I, the Virgin Queen. Around one hundred men led by Ralph Lane settled there, hastily setting up a fortified village, while the rest set sail back to England, promising to return loaded with provisions and backup. Life was hard for those who were left behind.  Food was in short supply, the climate was not ideal and there was increasing tension with the local natives. During eight months of sheer hell the settlers even managed to explore the surrounding territory, but meanwhile there was no sign of the English fleets. When Drake stopped off at Roanoke on his way back home, he found a hungry and weary group of sailors. The Bonner was their salvation, and backup turned up soon after they had left. In 1992, archaeological excavations were carried out on Roanoke Island and especially on the site where the fort is thought to have been built, and among the findings were fragments of clay pipes.

Indeed, although their relations with the local tribes had proved to be increasingly tense, Lane and his men had acquired from them the curious art of smoking tobacco. During those terrible months in the settlement one can well imagine that they had become fond of this habit. In fact, so much so that when they were about to set sail during rough weather,  numerous records of their endeavours were lost, but not their pipes, a good supply of tobacco and seeds to grow the aromatic plants elsewhere. Weary, discouraged but determined not to give up their pipes, they landed at Portsmouth harbour. Their arrival caused great excitement and their presence in Portsmouth with those  smoking devices was a sensation. It is true that it was probably not the first time that people saw this practice in ports in Europe, although not a common sight. A number of people who had been to America had taken up this practice. They used a clay pipe or another device made of different material, such as reeds or palm leaves rolled up in the form of a cone. Similarly, in Great Britain smoking was adopted more for pleasure than for its medicinal properties. It is claimed that it was Sir John Hawkins, a great sea captain under Queen Elizabeth on a par with Drake, who introduced the tobacco plant to England on his return from his second voyage to the New World (1564). As for the clay pipe, another archaeological excavation attests to the fact that they were already being manufactured (by hand) in London as early as 1573, before Ralph Lane’s arrival with his surviving crew.

Thus, pipe smoking was a familiar sight, although only in limited circles. One of the reasons for this, perhaps the most important, is that tobacco was expensive. One thing was to acquire it on site and bring back a good supply, but it was quite another to buy it at home, sold for its weight in silver. As there were no tobacco plantations in England, and the first expeditions to America failed to bring back anything, the few smokers had to resign themselves to buying their tobacco from Spanish or Portuguese imports, countries that were historically England’s rivals, much more advanced as regards tobacco growing and which exploited this advantage to the full.

Besides, the tobacco imported from these countries was much better quality and more suitable for European tastes than the one used by North-American natives. Bernardino de Sahagún, the famous Spanish missionary in Mexico (called Nueva España at that time), was well aware of this and in 1530 described two different types of tobacco plants: one that was smoother and more suitable for trade, and the other that was rougher. This difference would later be analyzed scientifically by Carl von Linné (Linnaeus), the Swedish botanist, in 1753. He distinguished between the two species of plants belonging to the genus Nicotiana: the Tabacum (smooth) and the Rustica (rough). Tabacum was traditionally grown in the areas in America under Spanish and Portuguese control, as they had immediately recognized its worth and were understandably jealous. Indeed, in 1606 King Philip III of Spain decreed that the sale of tobacco to foreigners was punishable by death.

The Spanish and Portuguese were the first to land in America. They were the first to find good quality tobacco and to realize its economic potential. Earlier in the sixteenth century the Portuguese had already grown some small plantations along their trade routes, whether for personal use, gifts or barter. On the West coast of Sub-Saharan Africa they had even exchanged tobacco for slaves to be sent to America. Then the plantations gradually expanded. In some cases it was European entrepreneurs who went directly to America to set up the plantations, and there are records of plantations in Cuba and Santo Domingo in the 1530s and in Brazil fifteen years later. The tobacco for English smokers was imported precisely from these places, through countless intermediaries and inflated prices.

But let us go back to 1586, and Ralph Lane who had just arrived from Virginia. He certainly had a hand in spreading this practice, together with his men, and it is thanks to the fact that  he introduced Sir Walter Raleigh to the pleasures of smoking (as had perhaps Francis Drake earlier) that tobacco soon became popular.  Raleigh had already had some acquaintance with the weed in his youth, but this time he became a keen smoker, and soon smoked openly in public, also trying to convert his fellow men. Subsequently he started a tobacco plantation in Ireland and at court he was always welcome, and with the Queen even more so, as he was her favourite.  Where else could such an exotic practice be popularized? At court everyone sought new experiences and the price of tobacco was certainly not a deterrent for them.

Thus the Elizabethan dandies would go to the theatre with their starched ruffs, velvet breeches and gilt-handled swords, armed with boxes of silver or clay pipes, decorated in silver and gold.  The elegant smoker would never be without his ivory or metal box containing up to a pound of tobacco, silver tongs for lifting the glowing ember to light the pipe, a pick, a knife to shred the tobacco, and a small scoop for drying the leaf. They prepared and lit their pipes while sitting on a stool by the side of the stage, blowing smoke onto the spectators around them.

The upper-class example rapidly spread, becoming socially acceptable and then slowly adopted by the lower classes. In this case, a less expensive proposition was the clay pipe, or even a pipe made from a walnut shell and a straw stem, and obviously less tobacco was smoked. At first, tobacco was “drunk”, not “smoked”, as the person seemed to “swallow” the tobacco. All this occurred over a relatively short time in London and then spread to the provinces. A passing fad? Evidently not, although there were obviously some exaggerations and consequent attempts to ban the practice.  Meanwhile, in London in the late fifteenth century through dandies and common people the era of the pipe was launched, which still continues. 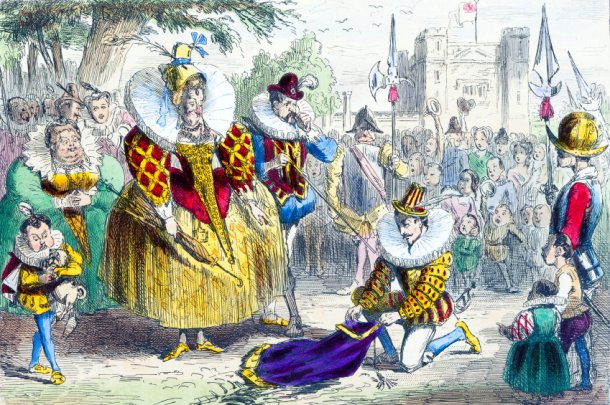 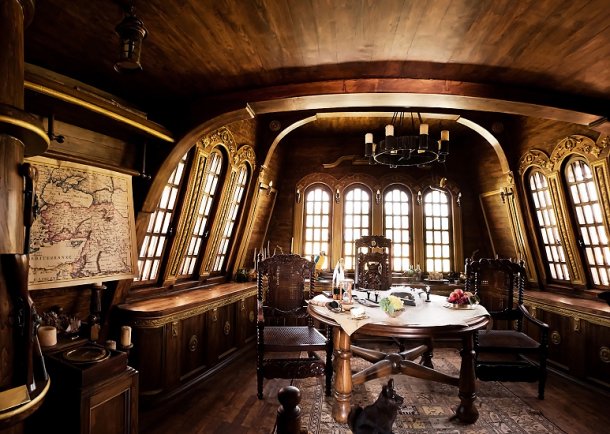 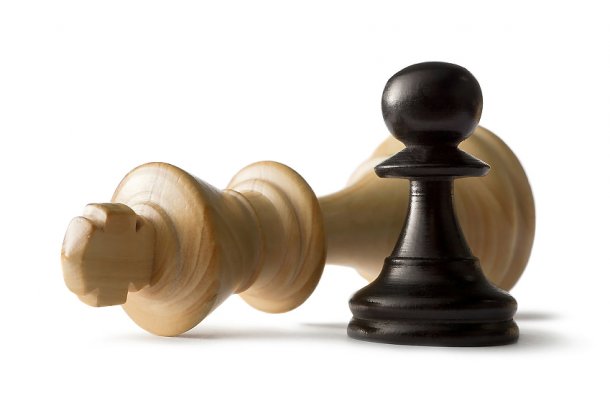 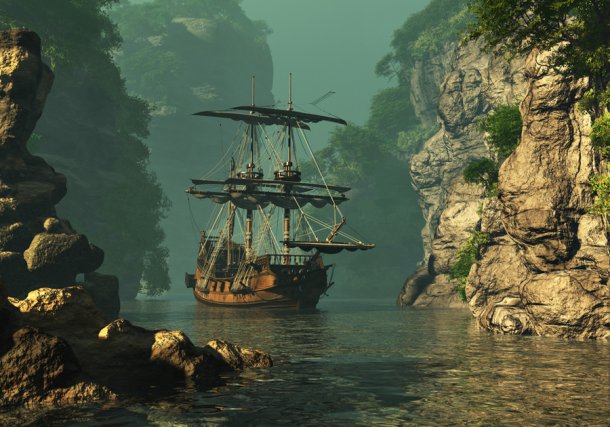 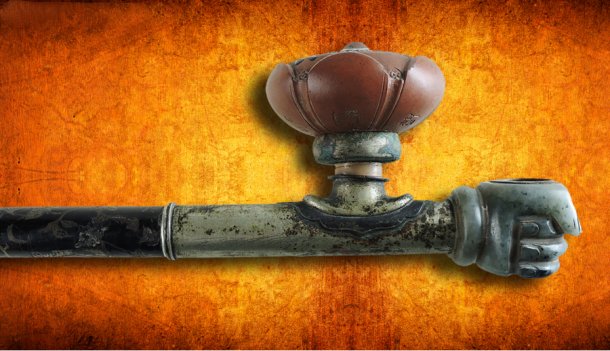