Shards of the Future and Capturing Skies

His right hand cupping his chin, holding his index finger to his lips as if to silence them and at the same time smoothing his moustache a stroke or two, is a gesture that precedes thinking about something or remembering some episode in his life. If he is listening to someone, it may reveal the degree of interest in the person speaking or at least in what the person is saying. He follows by smoothing his beard and adjusting his glasses. Umberto has just come home. He is wearing a blue raincoat and his inevitable Borsalino hat, whose brim must have absorbed as much tobacco as has Umberto.  While he takes it off and hangs it on the coat stand in the book-lined corridor between the living room and his library, he perceives a scent. It is the scent of memory. Indeed, he agrees with Kant when he says of tobacco: “This kind of conversation of the human being with himself takes the place of a social gathering, because in place of conversation it fills the emptiness of time with continuous newly excited sensations and with stimuli that are quickly passing, but always renewed”. He hasn’t lit a pipe for quite a while. Before sitting down in his armchair and conversing with himself, he takes off his jacket and slips on a dark waistcoat over his shirt, keeping on his tie. He likes it and it doesn’t bother him, whereas the jacket does, sometimes.

“Ceci n’est pas une pipe”, said Magritte in one of his famous paintings to explain how the image is not the object itself, and for a semiotician this is certainly intriguing. Umberto Eco believes that the pipe is a call for inner reflection and concerns memory. It enables you to shelter yourself from others and walk with your inner self. It is a kind of intellectual activator, perhaps due to the fog-like smoke, similar to the fog that submerges Alessandria, his home town, compared to which London seems Hawaii as he loves repeating.   It becomes easier to search for memories with a pipe between your lips and smoke that spirals upwards, partially clouding your vision.  As Umberto ages he realises how much his memory has been enhanced. Memory is identity, soul, and an elderly person has more soul than a baby, he thinks. As you age, ancient memories come to the surface. For example, he has recently discovered that he knows the local dialect, although he has never spoken it. Over the years it has resurfaced as though lying in wait. Given the age in which we live where everyone relies on a computer, memory needs to be exercised. He reflects a moment on this and recalls that in the 1950s Isaac Asimov had prophesied the problem of memory loss in a short story, imagining that a blackout blocked all computers during a war and the only person who could defeat the enemy was someone who had memorized multiplication tables. Highly likely, unfortunately. While he crosses the rooms lined with all kinds of books, the writer feels that it is time he indulged in some memory exercises with his “personal trainer” briar. So he fetches his pipe, packs it and lights it up. He holds the book of matches in his left hand and with his right hand strikes the head of the match on the dark strip inside the book. As he does so, a memory lights up. It was 1985 when he started writing his weekly article for L’Espresso, the Italian magazine. What was the name? La bustina di Minerva, not in honour of the goddess of Justice, but named after the book of matches that he carries with him everywhere. For it is inside the book of matches (if there is no publicity) where people jot down ideas, telephone numbers, book titles, and ideas for new stories. Indeed, he has jotted down quite a few things over the years. Even what happened to him one day in New York, while strolling through the streets of Manhattan, when a familiar face was coming towards him.  The face was familiar, but despite the fact he was still mentally sharp, he couldn’t for the life of him find a name. Moreover, in the USA it is extremely impolite not to remember the name of someone when you greet them.  Thus, Umberto gradually walked ahead, trying to adopt a welcoming expression, ready for the moment when the other person would greet him by name (“Hey, Umberto, how are things?”) and he would have to reply in a generic manner. Another step forward and again he strove to recall the name, and when they passed each other a name finally emerged: Anthony Quinn. What a relief to discover that he didn’t need to greet him, because they actually didn’t know each other. Umberto left Anthony Quinn and the old concept of familiarity behind, and immediately added a new concept, being a semiotician.  In fact, he considered that not only were real life peopl

e familiar to us, but also faces from watching the screen. Of course, although he liked Anthony Quinn and recognised him from his films, the same could not be said of Anthony Quinn’s familiarity with Umberto Eco. In which film did he smoke a pipe? While he puffs away trying to recall, his memory exercise continues. That’s it, it was in The Guns of Navarone where Quinn played Colonel Andrea Stavros. Great film. It may have won an Oscar for special effects. Then a memory of Sean Connery slips in alongside, where media familiarity goes back to the 1980s, thanks to The Name of the Rose, a personal familiarity. Sean Connery also smokes a pipe in some films. For example, Murder on the Orient Express.  With the help of his pipe, his memory delves into the time he came up with the idea for the novel that made him famous, a novel that he hates now, however. As with all his novels, The Name of the Rose was inspired by a picture. In this case it was the image of a monk who died while reading a book. However, now he comes to think of it, while holding his pipe in one hand and smoothing his beard with the other, it is an image that has been retrieved from a long time ago, and some of the feelings he remembers suggests that he was sixteen years old. It was during a course of spiritual exercises in a Benedictine monastery, where he strolled around Gothic and Romanesque cloisters.  One day he had entered a gloomy library and on the lectern had found the “Acta sanctorum”. Leafing through the book that was open, with shafts of light filtering through the opaque windows, he had felt uneasy for a moment. Yes, it was at that moment that the image took hold of him, and inspired him many years later to write The Name of the Rose. The appeal of the library, as a symbol and reality of an indestructible collective memory, remains between the pages of the book, even if he considers it to be his worst book.  Looking into the future entails having a soul and memory is soul, he repeats to himself.  It is a while since he sat down to smoke and reflect. He glances at his watch and notes that it’s time to get back to work, so no more memory exercises for today. Before leaving his pipe and going to his desk, he jots down a few words on his book of matches: “Dear Grandson, exercise your memory”.

What a lot of life packed into a pipe. 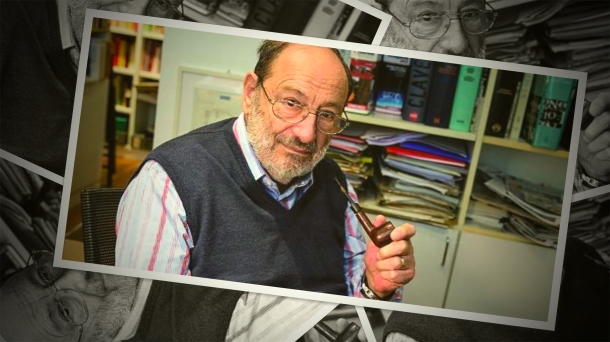 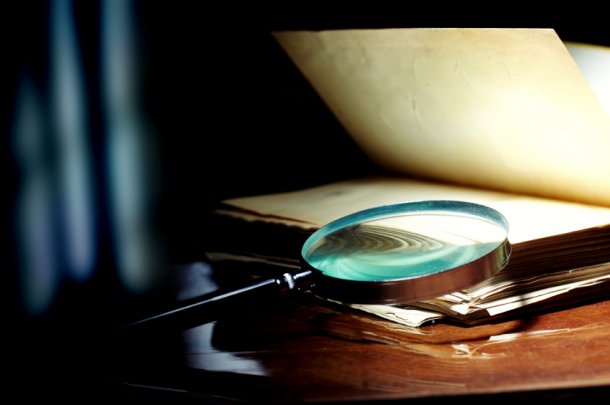 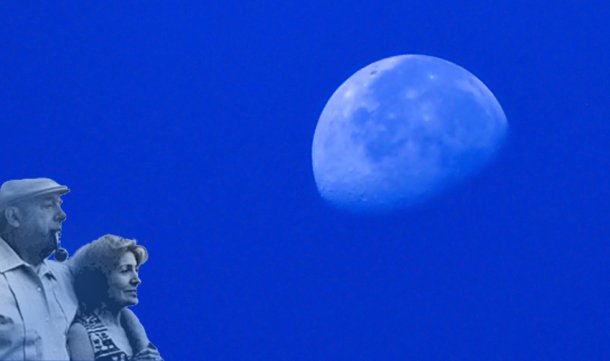