Johanna had just closed the book she was reading, after turning down the corner of the page. The title on the book cover was Die Wahlverwandtschaften or Elective Affinities. She would pick it up again later. Albert loved listening to her read Goethe in German out loud to him. Indeed, this was the language they shared and which was seldom heard in America at that time. It was also a way to feel less lonely and lift up their spirits, speaking their native language so far from home, while the horrors of Nazism darkened the world. Belonging to one of the most well-known intellectual families in Prague, Johanna had just arrived in Princeton in 1939 and had immediately gone to visit Einstein, who was already famous and had been living in the US for some years.   Einstein must have been greatly surprised to receive such a visit from the Old World, a visit which at once took him back to his Europe and the Bohemian cultural gatherings, where he had met Kafka and many other friends whom he would no longer see. Nostalgia for the Old World grew as the years went by and the familiar sounds made by the young woman made up for the ugly things in life at that moment. It was he who found her a position as librarian. Since his wife had died, he had felt even lonelier and having someone close by who would look after him was not such a bad idea. Even more so when they got on so well, despite their twenty-year age difference.

Just like in the book that she had just put down on the table. Albert was always amazed by the specular nature of physical and psychic phenomena, Nature and spirit that had manifest itself between them. As he gazed at her that day, sitting in the armchair with his feet resting on a pile of magazines and smoking his inevitable pipe, he was overcome by an immense feeling of gratitude for what life still had in store for him. Of course, it was not at all like when he lived in his splendid house in Caputh a few kilometres from Berlin, that paradise that easily helped him to forget all his worries.  Yet, even the American university city had managed to offer him some precious moments.  There were no German lakes, but there was still the Carnegie Lake where he spent a part of the day. His passion for sailing was one of the few things he had brought with him across the ocean, and  from time to time he would go back to the day the ocean liner Westmoreland had unloaded him in New York one rainy morning in October 1933. He had been escorted at once to Princeton for security reasons,  his unruly hair barely covered by his dark, wide-brimmed hat, carrying his violin case and pipe. He did not yet know that that the New World would become his new home. When he was given a study in one of the university buildings, he was asked what he required to furnish it. Apart from a desk, chair, pad and pencil, Einstein also ordered a “wastebasket to hold all my mistakes”.  The mistakes that bothered him at that moment were those made against humanity, although physical distance in some way sheltered him from them. Indeed, in one of his letters to his friend, Queen Elizabeth of Belgium, he confessed “I am almost ashamed of living in such peace while the rest of the world is fighting and suffering”.

Johanna handed him his jacket, as it was chilly outside. She had given up trying to make him wear socks, as he liked to have his feet free. They were ready to go out and their boat was waiting for them at the marina. Albert considered sailing a way to move away from the land’s stillness  and freely sail the wide open sea of his insights, in order to organize them. He could not swim, but no matter, the sound of the wind calmed him and he would not be afraid of a possible, although remote chance of falling into the sea. His memory of Tuemmler was already fading, his boat that some friends had given to him as a present when he still lived in Germany. He was proud of his six-metre boat, where he always kept pen and paper to jot down his ideas. It had been one of the worst moment in his life when the Gestapo had confiscated it. However, he had managed to get over that. The boat that was used almost daily still conveyed a sense of peace, rather like listening to Mozart, the ideal music to soothe his bursts of mental activity. Music, sailing and pipes.

Sometimes he liked to entertain his young friend with anecdotes about pipes, and one of these referred to a bet concerning his pipe he made with his wife during dinner on Thanksgiving Day. His wife was always reproaching him for smoking too much, and so he bet that he could stop smoking until the New Year, sarcastically saying to his friends that now “I am no longer a slave to the pipe, but to my wife”. He managed to keep his promise, but on the morning of New Year’s Day he woke up at dawn and lit up his pipe, and from then on never stopped smoking it except to eat or sleep. Johanna always smiled fondly at his anecdotes, because although time had passed she still saw in him the man in the anecdotes of the past, with his strange, bizarre ways and obsessions. For instance, she was the only person allowed to cut his wild hair when it grew too long. It was almost a physical extension of the intricate mysteries in his mind and she could do as she wished with it. Similarly, she was the only one to look after him and his ailments that increased over time, just as she was the one to decide which of his ever-increasing number of admirers could come and visit him. Such devotion was noted down in her diary day by day. On the other hand, Albert would be eternally grateful to her for this, and above all for her company on the boat trips and helping him to slip the moorings of logic to gently lose himself in the meanderings of his mind. Always with a pipe in his mouth. 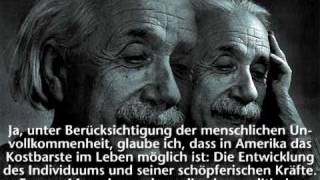