In room 3102 of the Grand Hotel in Seoul the phone never stopped ringing. A young woman, assistant to the guest staying there, had just told reception not to put any calls through to them. Luciano was exhausted. The year 1993 had just begun, but with everything that had happened in the last month it already seemed like a lifetime ago. The journalists would not stop hassling him,  the critics had turned against him, and as he jokingly said he was an easy target, considering his bulk. Luciano had been away from home since New Year’s Eve, and although he was used to globetrotting, he was still a little homesick. Now he needed to relax, and so decided to ask his chauffeur to drive him round the city. It would not be easy to avoid the crowds, but still it was better to have his photo taken with his fans that stopped him in the street, rather than have to answer questions from the press about his voice cracking on a high note in Verdi’s Don Carlo at the Scala Theatre in Italy on 7th December. Before leaving, he dressed warmly, tying his trademark white scarf and asked Nicoletta, his assistant, to pass him his leather pouch that he always carried with him in his suitcase, which contained his pipe and tobacco. As soon as he was outside he lit his pipe and while a cloud of smoke drifted up to merge with the breath of passers-by in the cold air, he thought about his father. It was his father who had instilled in him his passion for opera singing, listening to his records of all the greatest opera singers of the period, from Caruso to Gigli, from Di Stefano to Tagliavini. He could see himself as a child singing famous arias standing on the kitchen table. His father was a tenor, too.  His father had had such a wonderful voice, thought Luciano. His childhood memories blurred into what had happened just a month earlier at the Scala Opera House, and he heard again the audience’s boos echoing in his mind. Another puff on his pipe and the memory faded, to be replaced by his home town of Modena. He could see his mother working in the cigar factory alongside Adele, Mirella Freni’s mother, also a world-wide famous soprano and long-time friend. Another puff of smoke which delved into his memory and picked out a picture of him with Mirella driving to Mantua, to perfect their technique during their lessons with Maestro Campogalliani. So much fog on that road and so many dreams shared during the drive, dreams that ultimately came true for both of them. Two mothers who were work colleagues, two Carmens while on the subject of opera, who grew up together professionally as well.

Meanwhile the chauffeur had arrived and opened the car door to let him get in: “Good morning, Mr. Pavarotti”. Luciano sat down, wound down the car window and went on thinking back to the past. While a trail of smoke drifted out of the car window, he looked at the busy streets of the South Korean capital. He glanced at his assistant sitting next to him, and stroked her face with one hand, while the other held his pipe. The smell of tobacco enfolded him while he carried on reminiscing. Nicoletta’s youth reminded him instantly of the time when he was still twenty-six and unknown, at the Royal Opera House at Covent Garden in London, playing Rodolfo. He had substituted the great Di Stefano at the last minute. In fact all it took was for the renowned Italian tenor to be indisposed and no longer able to sing, and the young, promising tenor was able to display his talent in front of an audience of true opera lovers. What a huge success the “big lad” was, as the opera talent manager, Joan Ingpen, affectionately called him. She said: “He hung onto the high notes for dear life”. His performance began his rise to the Olympus of tenors and stardom. From there he went straight to the Metropolitan Opera in  New York where the press acclaimed him as the “King of High Cs”. Yes, the press. It was certainly tough to be a superstar, thought big Luciano who knew that the boos at the Scala Opera House were the result of the mythmaking. At that time he even thought of retiring from the Italian scene for a while, nothing drastic, just a short break. He certainly would not stop singing. Indeed, during his life he had only stopped once for a whole year, when his voice changed as was the natural evolution of every boy’s voice.  He smiled to himself remembering his father and his bizarre way of encouraging him, now that he really needed to be cheered up. His father would comment on his son’s performance when he had finished singing. After his debut in La Bohème in 1961, his father said, “Good, but Laura Volpi was better”.  After his triumph at Covent Garden which brought him international stardom, his father wrote to him saying “Tagliavini was better”, and following his debut at the Scala Opera House he said “Gigli was better”. After the glorious reception in New York in 1968, Luciano beat his father to it and sent a telegram saying ironically, “Caruso was better”.

Nicoletta was still sitting silently by his side. She knew that he needed to be alone. She glanced at him from time to time and smiled companionably. Luciano read in Nicoletta’s face the chance to start a new life, while he relived all the wonderful events in his past. He rekindled his memory and its pervading heat led him back to 1990 with Placido Domingo and Josè Carreras at the ancient Baths of Caracalla. What a majestic, all-Latin performance viewed worldwide. The next year was in Hyde Park in London before 250 thousand spectators, and despite the downpour, including an enthusiastic and completely soaked Prince and Princess of Wales, Charles and Diana, the performance was yet another triumph that was broadcast live in Europe and America. As Pavarotti relived these special moments, the disaster at the Scala began to fade, while his success shone brighter. At that moment a new idea was taking shape, as regards his personal and professional life. He emptied his pipe, squeezed Nicoletta’s hand while looking her straight in the eyes and asked the chauffer to drive them back to the Hotel.

In less than a year Nicoletta became his new partner and the mother of his third child. Together with her he set up the Pavarotti&Friends project. Pop music followed opera, and Pavarotti became a brand name, unafraid to use his name as a logo. From then on Pavarotti still meant opera, but it also meant drawing huge crowds for charity concerts in duets with international pop stars like Zucchero, Sting, U2 and Elton John. However, he would never forget his first love. In 2007, shortly before he died at only 71, in a sort of spiritual will he asked to be remembered foremost as an operatic tenor. Bel canto was his life and he wanted to prevent the image created by the media from swallowing up the artist. 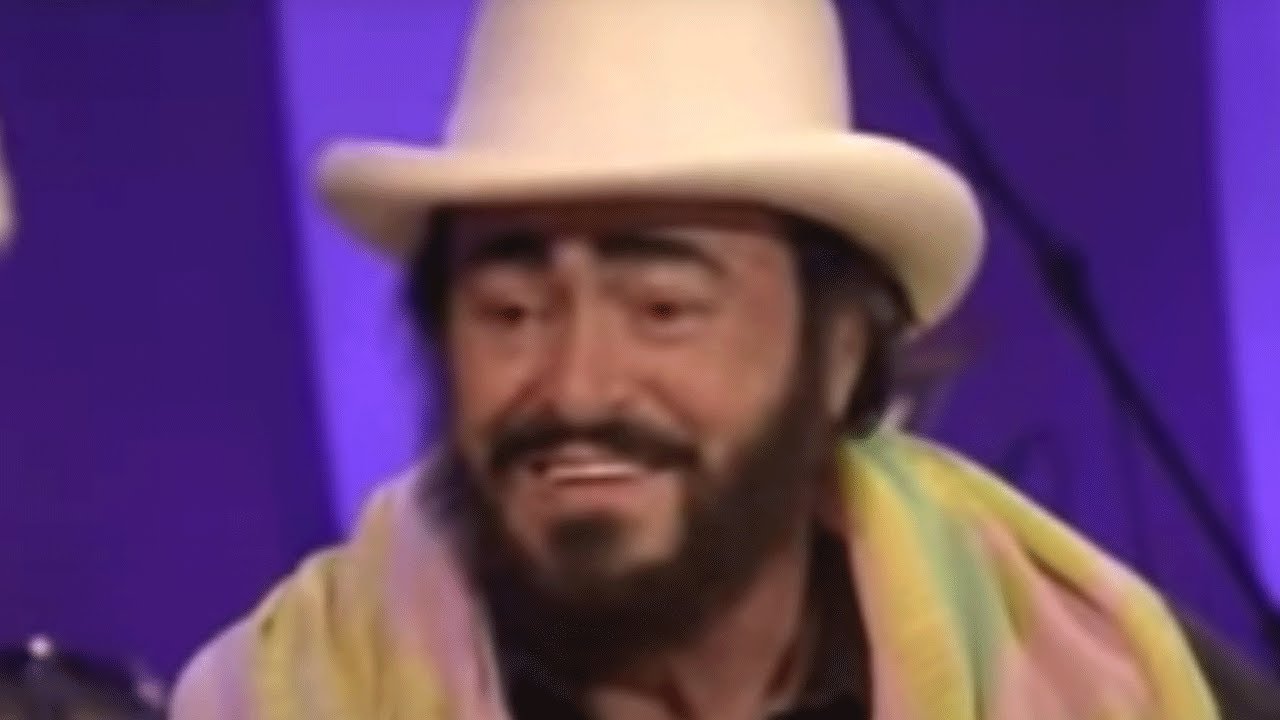