The Six Senses of Tobacco

Tobacco cultivation entails seven to eight months of constant attention to the plant in its various stages from sowing the seeds to transplanting the young plants, irrigating, weeding, pruning suckers and topping flowers when necessary. These procedures are essential in order to fortify the leaves, and every single leaf is cared for and protected from potential threats.  Once the plants have grown, they are inspected each day for “signs” of maturity. In the case of the dark green variety the leaf displays light green spots, whereas the lighter green leaves turn to yellow. Another sign that the leaves are ripe is when they start to curl at the edges and droop. At this point they are ready to be harvested, when it is neither too hot and the dew has evaporated. The leaves are stripped as they gradually ripen, or else the whole plant is harvested. After so much care and attention, it is an achievement to reach this far. However, the real “curing” starts at this point, when the leaves have been cultivated and harvested, for if the leaves were left alone on the ground, they would gradually decay like Autumn leaves and finally turn into humus. Thus, following the harvest the tobacco farmer has to apply a complicated procedure to dry out the leaves which is almost like the natural process but strictly monitored, and “curing” is only the first stage.

The Native Americans had all sorts of uses for tobacco: they chewed it, drank its juice, used it for medicinal purposes, sniffed it, threw it on a fire and inhaled the smoke. Later they started to smoke it in tubes and then in the first pipes. For special rites they also used unripe leaves, which of course did not burn so well, as well as releasing nasty, poisonous fumes. When Columbus arrived, they were smoking a partially cured leaf, although there was also the custom of burying the leaves for a period after drying them out, and then digging them up when they were “ready”. These rudimental practices may seem strange now, but in fact all the later techniques were based on these initial procedures and later refined to what is applied today.  Nowadays nobody would dream of smoking uncured or naturally dried tobacco, as it simply tastes of grass. The smoker wants refined and complex aromas which are the result of a tried and tested series of techniques, starting with “curing”.  However,  the term “curing tobacco” is similar to the word applied to health, a generic expression that may be interpreted in a number of ways. Just as the “curing” in the former depends on the patient and the disease, so does “curing” in the latter in the sense that the it may vary according to the characteristics of the harvested tobacco and the quality of product that the farmer wishes to achieve.

In order to have a rough idea of the purpose and stages of curing tobacco leaves, the natural features of a leaf should be kept in mind. Indeed, the leaf is an essential part of the plant’s lifecycle, which serves several functions. One of these functions is to expel in the form of vapour the water absorbed by the roots together with sap, thereby  activating the continuous pull of fresh water and nutrients from the roots. Another function is provided by the leaf’s shape which facilitates ventilation. The sap and air combine in a series of chemical reactions to convert the nutrients for the whole plant. By harnessing light energy from sunlight through chlorophyll, an essential pigment, the leaf bonds mineral molecules in the sap with carbon dioxide atoms. This photosynthetic reaction, however, means that the chlorophyll tends to break down, so the leaf has to produce new chlorophyll constantly. Besides chlorophyll, the leaf’s cells contain other compounds that react with the pigment, which serve to build plant tissue, store nutrition or else are merely the by-products of reactions that will be eliminated.  Without going into too much detail here we are talking of carotenes, starch, tannins, aromatic elements, proteins, fats, carbohydrates and sugars. When a tobacco leaf or else the whole plant is cut, all these compounds are present, together with 85-90% water, in a still-living organism which only at that point begins to die, gradually drying out and full of matter which is no longer living. Some of the substances contained are suitable for smoking and others much less so. The transformation processes that start with curing serve to eliminate the unpleasant or harmful elements, conserving, indeed enhancing those that will be become the smoker’s delight. The difference between this process and the natural decay of autumn leaves lies in the demanding,  painstaking work based on experience dating back thousands of years that guides, corrects and governs the natural process in order to  yield a high-quality product that satisfies both the supplier and the consumer.

We know that chlorophyll is green and this is the original colour of the living tobacco leaf. So what are those light green or yellow spots that appear on the leaf when it is ripening? In fact, they indicate that the leaf is fully grown, and less sap is absorbed at this point and also chlorophyll, as it is no longer renewed. The light green or yellow colouring is due to the higher concentration of carotenes once the chlorophyll deteriorates. Moreover, the curling and limp aspect of the leaf is due to the reduced supply of water being absorbed. Thus, the leaf is considered ripe as it has completed its functions.

When the leaves or plants begin the curing process, the chlorophyll rapidly degrades, as does the percentage of water. This first stage, when tobacco leaves are laid in the shade in hot and humid environments to avoid total vaporisation, is called wilting and yellowing. This is when the still living plant cells survive consuming the nutrients that have accumulated, or those that are no longer essential, through the reaction of hydrolysis and oxidation whereby complex molecules are broken down into simpler ones. Although with some variation, this initial process can be considered common to all types of tobacco and curing traditions. The differences are noticeable after a few days, when human intervention is constant in fixing the colour of the leaf. Complex chemical compounds continue to break down, and the leaf continues to lose moisture, while the plant cells finally die out. The combined chemical and  physical processes are increasingly monitored and guided, and in particular temperature and humidity in the environment are controlled, an essential component in more recent curing techniques, in which different ways of applying heat and ventilation are used. The final stage is drying, when the physical and chemical processes undergo further transformations.  In this phase the thinner parts of the leaf dry out first and then the ribs. One would think that at this point the tobacco is ready for pipe smoking, but this is not so. Specialists call this type “raw tobacco”, ready to be treated further. However, before discussing this it is worthwhile examining the various features and techniques of the four main curing techniques. 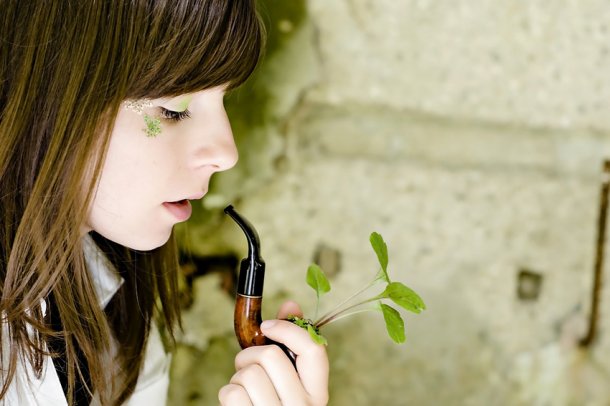 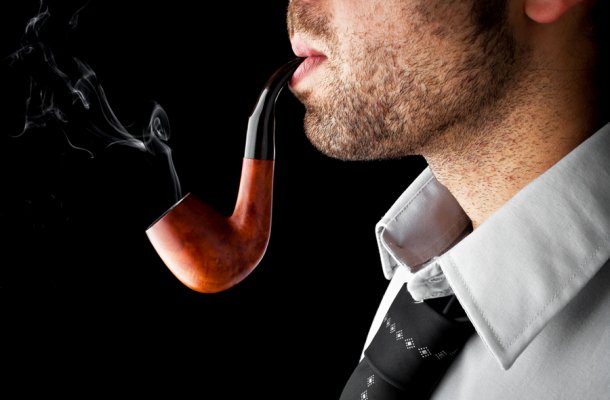 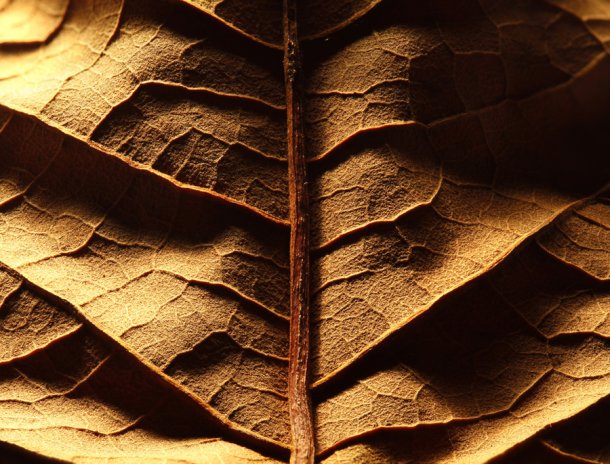 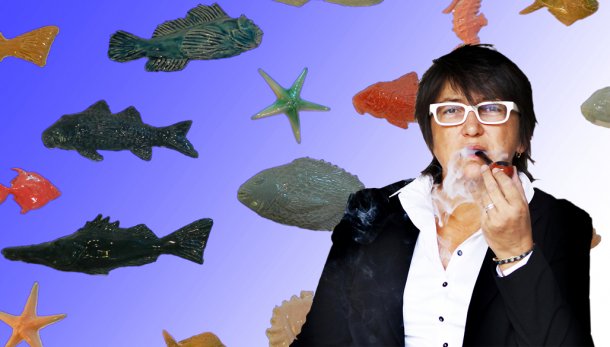 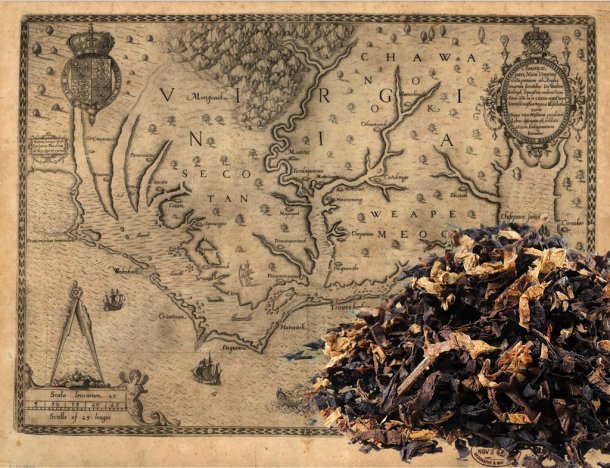