Letters were flooding in daily, now. It was always the same request: “Could you treat me?”. They came from all over Europe, but also from America. His book, Psychological Types, had brought him great renown. Coining two new terms like “introvert” and “extrovert” and providing a detailed explanation was all it took to catalogue and satisfy the world. The letters were sometimes curious in the choice of paper. Some were simple with letterheads, others were scented and frivolous and he had even come across smudged ink, likely to be the effect of tears. Whatever the state of the paper, the doctor could already assess the sender from the handwriting of his address, and above all his name: Carl Gustav Jung. He could not really blame the countless aspiring patients, mostly women, if it was emotion and not their hands that guided the pen. It was not only the fact that they were in awe of the psychologist who had surpassed Freud’s psychoanalysis, but it was also the feeling of excitement writing to the man who had made numerous “befurred ladies”, as he called them, fall in love with him. He was still extremely charismatic, although the passing years had turned his once dark moustache to white. Sitting in an armchair in his office, that Wednesday he waited, as every Wednesday at the same time, for his most difficult patient. Months of weekly sessions had gone by to untangle the web of unsolved existential problems, but the patient was unable to climb down from her intellectual and rational pedestal and lose herself, in order to gain greater insight into her soul and the root of her problems. She was utterly unable to open herself up.  While he was waiting, Jung scanned the books that crowded his bookcase and admired the view of the lake from his window. Books on history, alchemy and philosophy were also piled onto the small table next to him, to be consulted during the sessions, and by them lay a crystal ashtray with five of his numerous pipes.

Then the bell rang. It was his patient. The psychologist got up, adjusted his waistcoat, removed his glasses and went to the door. As soon as he saw her, he realized it would be another extremely difficult hour to try and penetrate her defensive shell. Her rational intelligence was reflected in her  usual beige skirt hugging her hips, her buttoned-up white blouse and tidy pinned-up hair.

Before leading her to her seat and sitting down himself, he caught a glimpse of his reflection in the mirror above the furniture in the corridor.   How could he match what he saw in the mirror with what he had experienced so far? As a child aged only eleven he carved a small man at the end of a wooden ruler, unaware that he had produced a totem, one of humanity’s most ancient objects of worship. Nature had always spoken to him in a universal language and he had always known that there was something more to one’s own life story, something that belonged to the whole of mankind that could be tapped. He had come a long way since he had established archetypes and the collective unconscious, and he had gained so much memorable experience and achievements. He had also challenged teachers and professors, being too intelligent not to do so.  He could still see in his mind’s eye the time at high school when a teacher had unfairly accused him of copying someone else’s homework, as it was too perfect. However, school was not the only place where conflict occurred. On that Wednesday in June forty years had gone by since the much sought-after founder of analytical psychology had broken away from Freud, but the memory was still so vivid, just like the memory of some of his patients. For example, Wolfang Pauli, the eminent scientist who had come to him every Monday at lunchtime for therapy for over a year and a half. Carl remembers that the first time he saw him coming into his office he saw a man who was deeply disturbed, maybe even someone who should be admitted to a mental asylum. There followed intense dream interpretation and analysis, 355 dreams to be precise, an overwhelming number just for one person. Yet, these sessions with Pauli offered Jung the opportunity to develop his theory that  events do not always have a causal connection, but may be connected horizontally and not vertically. Thus, two events could be linked through meaning, rather than causality, or “meaningful coincidence” as he later termed it.

Meanwhile, his female patient had started talking about her life in her usual extremely rational way. Jung listened to her, while fiddling with his pipe in the ashtray. He had even thought of lighting one up, to help him try to get to the root of her problem, when something happened. The patient was just in the middle of telling him about a dream she had the night before, in which she was given a piece of jewelry in the form of a golden scarab, when suddenly Jung heard a noise like soft tapping behind him. He turned round and saw a flying insect knocking against the window-pane. Jung opened the window to see what it was, and to his great surprise he saw that it was a scarab beetle, just like the one the patient had been talking about, a rare occurrence in that part of Switzerland.  From that time on, through the non-causal connection between the patient’s dream and the actual scarab beetle, the patient began to improve.  After all, the scarab beetle is in fact an ancient Egyptian symbolizing rebirth, and for the patient it represented the material manifestation of her dream.

Following this event Jung developed his theory of synchronicity, a decisive concept not only from a psychological and scientific aspect, but also from a cultural point of view. Thirty years later, a rock band called The Police would release an album of the same name. 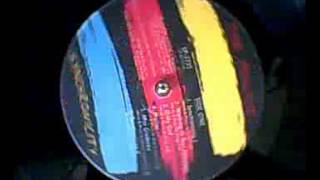