Pipe: The important thing is to start

Pipe: The important thing is to start

Whatever you take up, whether a serious activity or just a hobby, it’s always hard to start without at least some preliminary preparation. It’s best to stop and look at the type of instructions and recommendations involved.

For anyone who has never smoked a pipe before and is tempted by such a special world made up of gestures, sensations and nuances, we believe there should be as few instructions and rules as possible.  A world that may be personalized by the beginner with experience. It takes little to master the art of pipe-smoking as there are only a few things to know. All you need is time and plenty of enthusiasm.

Obviously a pipe. Buy a good, simple model, but not too expensive. One example is the classic “straight pipe” which is easier to use for a first-timer. You’ll find out with practice what you like or don’t as regards practical aspects or taste.

The second essential thing you’ll need is tobacco. You will have time to experiment, but when selecting tobacco at the beginning we advise you to buy good quality tobacco, which is neither too strong nor too aromatic. This may also depend on whether you are switching to a pipe from cigars or cigarettes, or if you have never smoked before. In any case, we are available if you need any advice on this.

The third thing is a pipe tamper. This small, multi-purpose tool serves to pack the tobacco, and may have three parts to it: one end is flat to press down the tobacco, another is pointed (called a “reamer”) to unblock the passage of the air and the third is a tiny spoon to empty the pipe bowl.

The fourth thing is something to light up your pipe with, preferably a match (buy a box - you’ll need it!) or else a gas lighter.

The fifth thing is a pipe cleaner, better still a packet of them.

Lastly, a small pouch or bag to keep everything together is quite handy.

Make yourself comfortable with everything you need to hand. Now, take a small wad of tobacco and fill the bottom part of the bowl, not too tightly, then repeat this twice, until the bowl is full.

Here, it’s important to remember not too pack the tobacco too tightly, or too loosely, using the pipe tamper. The second and third wad should be compressed slightly more than the bottom wad.

How you pack the tobacco in the bowl is important, because if there is not enough air flowing through the tobacco then it will not burn well and be hard to draw on, just like a chimney. When you puff on the pipe you will see at once if it is too tightly packed. Draw on the pipe while you are filling it as this way you will see if air is passing through or not.

Knowing when the pipe is just rightly packed is when you draw on the pipe, rather like sucking a drink from a straw. If you pack the pipe too loosely, you will be sucking in air, or too tightly and you will be making too great an effort.

After some trial runs you will get the hang of this, and if you realize you haven’t pressed down the tobacco enough, try pushing it a little more, or if there is some resistance when you draw on the pipe, it’s best to empty the bowl and repeat the process.

Fill the bowl so that there is a little space between the tobacco and the rim of the bowl and the tobacco is level.  Remember that as you gradually add each layer of tobacco and press it down, the pressure shifts to the lower layers and the entire tobacco wad becomes more compact.

Before you start, choose either a match, which is simpler to use, or a lighter, which is preferable for first-timers. Either way, you’ll get a flame and the flame burns. In particular, when the flame is moved over the surface of the pipe while you are puffing on it, the flame will be drawn into the tobacco.

If you use a lighter hold it in a horizontal position to the pipe bowl. Practise holding the lighter in such a way that you don’t burn your fingers!

Now it’s time to light the pipe. Put the pipe to your lips. You will get used to holding it between your lips, depending on the type of pipe. Using a match or lighter is the same, although a lighter has a stronger flame. Move the flame in a circular motion on the surface of the tobacco so as to light it all up while taking a series of gentle puffs. The tobacco must be entirely lit up and when it is it starts to swell.

Now use the tamper to tamp the tobacco gently over the whole surface so that the flame goes out, and then relight it. If the tobacco swells again, repeat the process, and relight. Now you are ready to smoke.

What you have to master here is the intervals in which you take a puff, which is essential for a pipe smoker. Take a few slow gentle puffs regularly. In this way you will enjoy the tobacco’s aroma and avoid letting the pipe go out.

If the pipe is about to go out, don’t insist on drawing on the tobacco. Let the pipe go out and then relight it, which is part of the ritual of smoking a pipe.

The pipe bowl and smoke may get too hot if you puff too often. In that case let the pipe go out and leave it to rest a little.

If the pipe starts “gurgling”, it means that there’s too much moisture in the pipe bowl or stem (shank) which needs to be removed. Run a pipe cleaner through the stem, remove it and continue smoking.

However, if you find it hard to draw on the tobacco at a certain point, this means that air is not flowing freely and the pipe is blocked. Unblock the pipe by pushing the reamer from the tamper tool (or any long pin) through the tobacco in the bowl.

Do not smoke the tobacco right to the end, as the little unburnt tobacco left is too moist and full of nicotine.

Now you need to clean your pipe. Make sure your pipe is cool first. Here again you need the tamper tool, using the reamer and small spoon to empty the bowl thoroughly. Be careful: never knock your pipe against a hard surface, and never if it is still hot.

If you want to clean the pipe even more thoroughly you can remove the mouthpiece from the shank, and many people do this without difficulty, but remember never to do this while the pipe is still hot.

Now the pipe can rest, ready for the next smoke.

Breaking in a new pipe

A brand new pipe bowl is clean, but needs breaking in. In other words, as time goes by a thin layer of carbon (called “cake”) gradually forms on the internal walls of the bowl, which protects the pipe from damage and excessive heat, absorbs moisture and provides a smoother smoke. The breaking in takes place as soon as you start smoking the pipe and a cake is formed.

Occasionally you can find pipes that are sold already broken in with a cake artificially applied on the internal walls of the bowl. Otherwise this process is up to the smoker, which usually takes a few weeks, depending on the frequency of smoking. When you first start smoking a pipe, be careful as the pipe tends to heat up quickly, as it is not yet protected by the cake of carbon. Let the pipe rest for a day between smokes. 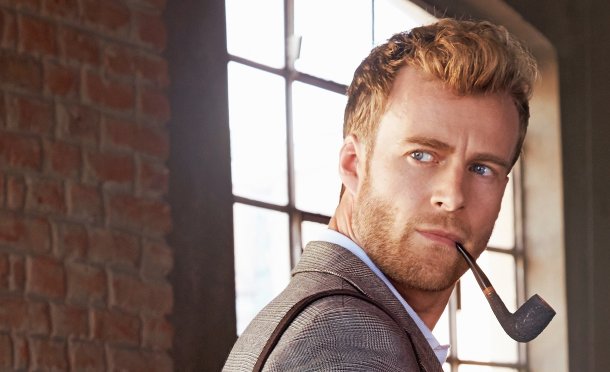 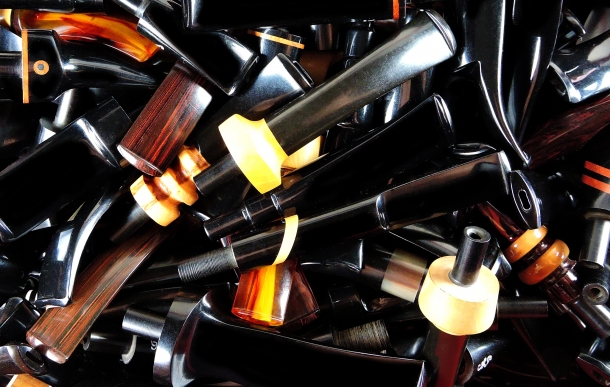 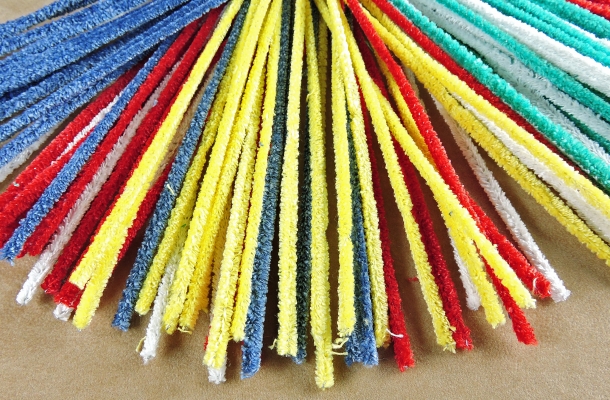