Food and Smoke for the Gods

Smoking is not just packing and lighting your pipe, as there are other things to consider. When we take a pinch of tobacco and press it lightly into the bowl, the texture of the tobacco that we feel between our fingers should feel right. It should feel ready and just how we want it to be.

If lighting a pipe is a ritual, then part of this ritual includes what the smoker does and feels the moment in which the smoker opens the pouch, tin or other container and dips his/her fingers into the blend, rubs the flakes to fold or crush them, and if necessary, leave the tobacco to rest before packing the pipe.

It is a question of moisture: pipe tobacco should have neither too much, nor too little. However, the right degree of moisture is not the same for every blend, as each smoker has the last word. Only one thing is certain: if it becomes too moist, it deteriorates, and if left out in the open, it dries up. So, a container is necessary. But what type should be used?

In the past, seamen transported the pressed tobacco leaves across the oceans in well-sealed wooden chests, or in used rum casks, which lent a special flavour. Another way of transporting the tobacco leaves was to wrap them in tarred canvas, the resulting tobacco being much less pleasant in taste for the smoker. Ceramic containers were ideal but were a disaster if the ship was hit by a storm.

The countless tobacconists in seventeenth-century London also encountered problems when trying to preserve this precious, costly commodity. Ceramic containers were perfect, unlike on the ships, but the problem was how to deliver the required quantity of tobacco to the customer. The fact that the tobacco was often not loose, but in the shape of plugs, spun cut or rope tobacco was not just a way to improve it, but by minimising the contact of the tobacco’s surface area with the air the moisture was retained. The tobacco, either loose or in blocks in the shape of plugs, spun or rope, was weighed and then wrapped in a thick sheet of paper, preferably greaseproof paper. Another method was to store the tobacco in a box made of thin strips of wood. This is how the customer received his tobacco, unless he brought a wooden, leather or metal container with him from home.

In the sixteenth century, the ancient art of woodblock printing that had come from China in around 1400 was greatly improved. Originally having only artistic applications, this technique was employed for commercial purposes when a few manufacturers of luxury goods began to use it in various parts of Europe to advertise their business. Paper manufacturers, pharmacists, tobacconists (who were often pharmacists) commissioned woodblocks for small prints which bore the shop sign or other suitable symbols, the address, and products. If the image was printed on a surface the size of the woodblock, it was a message to be delivered to potential customers through an illustrated card. Print reproduced on a larger sheet of paper that was largely intact resulted in a wrapping that bore effective manufacturer information. The oldest extant paper used for the commercial market by a tobacconist with a precise date (1669, one of the oldest ever) belonged to Thomas Lacy, whose shop was in “Martins Lane by Cannon Street”, London. From then on, the custom of wrapping tobacco in personalised paper caught on and the choice of paper and print techniques were increasingly refined. As a result, tobacco storage benefited from this practice, although not to a great extent.

In London again, in about 1764, Fribourg & Treyer, tobacconists in Haymarket, sold anonymous metal tins in three sizes (probably made of tin) to those who bought snuff. From the 1780s onwards, the same tobacconists went on to use a cylindrical lead sheet container with a paper label stuck around it. The label, written by hand, bore the name of the shop, address, the Prince of Wales’ recommendation as an illustrious patron and of course, the content: extra dry imported snuff.  This is certainly one of the very first examples of commercial packaging, where the product was ready for the customer.  There was a reason why snuff was stored in a metal cylinder, as the fine, powder-like tobacco would have deteriorated if exposed to moisture. Indeed, the metal prevented the moisture from coming into contact with the tobacco. Later, someone had the bright idea that the metal container could also prevent the moisture in the tobacco from evaporating. Thus, it was not long before metal tins were adopted also for pipe tobacco. It is reasonable to believe that already at that time, albeit with limited basic technology, this type of storage worked quite well.

These containers evolved over a long period. Eventually it was tin-plated iron that predominated, the tin can. At first the quality was quite poor, the weld joints being rudimental, and so prone to rusting. Consequently, the paper labels were also used to hide any hints of rust. At the same time, despite its limitations, wrapping paper was still in use.

With the advent of the Industrial Revolution at the end of the eighteenth century everything changed. Output increased and markets expanded, which meant that a product that was no longer sold loose, but already packaged, needed to be recognisable. The name of the manufacturer was no longer enough. A brand was needed, which could deliver the message for the illiterate through an image. Thus, the eighteenth century saw a rise in illustrated labels, first monochrome and then in colour. What made this possible and less expensive was the introduction of lithography, invented at the end of the seventeenth century, which evolved into chromolithography and subsequently improved in quality from 1837 onwards.

In about 1780 hand-painted metallic snuff containers appeared, a luxury for the few who could afford it, which lasted quite a long time. Mechanically produced images on tin began to appear in the mid-nineteenth century with a rudimental technique of direct printing. Ten years later, offset printing of illustrations was used with better results. In 1875 the ‘final solution’ in indirect printing was developed, producing better quality images at a reduced cost. The image was transferred onto the metal sheet by means of a rubber cylinder that was inked by the original plate.

From the second half of the nineteenth century metallic containers were produced with colourful images. Each brand sought to entice the customer with fascinating names and illustrations. No longer were there only the shop signs, plantations, the black tobacco planter smoking his pipe. Now unbridled imagination associated tobacco with its geographical origins, exotic places, real or imaginary figures, everyday items and objects and devices ranging from the most ancient to modern, featuring the glories of the past and future expectations driven by progress. As for the shape of the tins, the rectangular form with rounded edges prevailed, but tins were also produced in various other shapes, sometimes quite surprising.  Rivalry to lure potential customers that went on well into the twentieth century.

Meanwhile, other types of containers were also still in use. For example, packaging in thick paper or else cardboard boxes, as late as the mid-1800s. Then packaging came in the shape of pre-treated canvas bags that were designed to keep the tobacco moist, which were provided with ever-increasing imaginative and colourful labels that in terms of inspiration as regards the name and illustrations could definitely stand tall among the array of illustrations on the metallic containers.

The early twentieth century was marked by two events that represented an important turning point for storage: a patent for vacuum packing of tins in the early 1900s and the invention of cellophane in 1919. The latter was first applied to cigarette packaging in 1931.

As time passed, when the important tobacco companies were being established, the product’s image became more restrained. Attention was placed more on fewer established brands, foregoing the plethora of names and images.

Since then, progress has been made. The current pouches, ideal substitutes for wrapping and bags, use two layers of plastic film with special printed paper inserted between. The plastic film is a natural evolution of cellophane. The tins or cans, which are vacuum packed using different techniques complete with printed labels in compliance with the law, are the ideal successors of the colourful ones sold a century ago.

At the same time, pipe tobacco has always had a more personal and satisfying way of being stored, carried and kept fresh. At the time of Columbus’s voyages, the natives were already carrying around tobacco in bags. In that period, apart from being smoked, the tobacco was also used as currency. Bags or containers in other styles, made of different types of material (leather or fabric), made by craftsmen or by the owner himself, never ceased to accompany the smoker: even the pipe pioneer, Walter Raleigh, had one of which he was extremely fond. Even today these bags are essential for those who wish to go out with the minimum of smoking accessories, without having to haul around pouches or tins. To all intents and purposes, they are a significant part of the good smoker’s experience.

Al Pascià has been producing tobacco pouches and pipe cases that accommodate a tobacco compartment since 1990. It was the customers themselves, highly familiar with our excellent smoking equipment, who insisted on having equally excellent accessories. Meeting their expectations was challenging, as it was not merely a question of design, choice of material and artisans, but there was a whole world out there beyond pipes just waiting to be explored. However, Al Pascià loves challenges.

Today Al Pascià sells eleven models of pipe cases, which can hold up to seven pipes, together with the tobacco compartment. The simplest, but most elegant tobacco pouches come in eight styles. All the cases and pouches come in a variety of colours. After much testing, the material that was chosen is soft, highly supple, tough and long-lasting nappa lambskin, the tobacco compartment being lined with pure natural latex rubber. A special ‘pocket’ enables the smoker to take out the right quantity of tobacco without exposing the rest to the air.

Storing, carrying and keeping tobacco fresh in an Al Pascià accessory is not just a simple answer to a practical requirement. These objects should be viewed, smelled and touched, to experience the same pleasant sensations that accompany the unique moments when smoking an Al Pascià pipe. 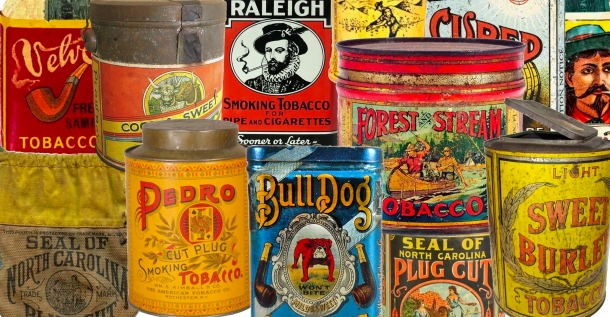 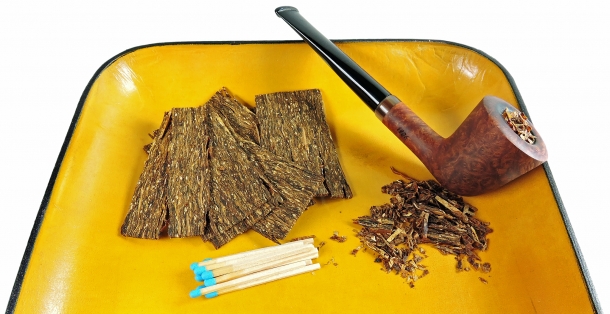 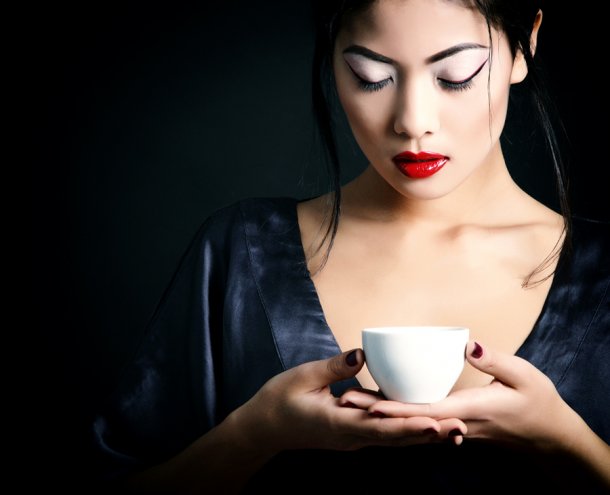 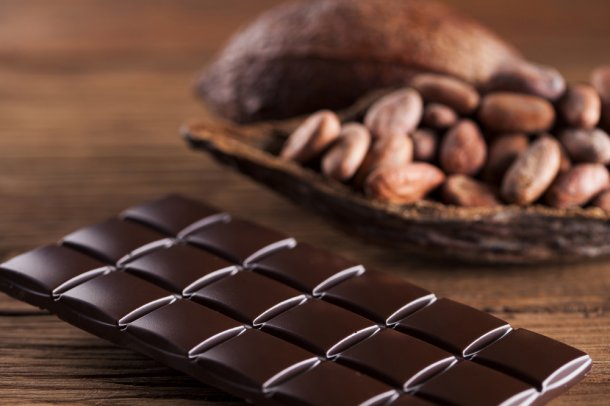