Extremely Limited Edition Pipes: One of One

The carp struggled upstream of the Yellow River only to come up against a waterfall at the top of the mountain: the Dragon’s Gate! After some time it finally plucked up its courage and took a final leap over the cascade, thrashing and flailing furiously with all its might against the strong current to the point of sheer exhaustion,  numbness and pain, but desperate and determined to succeed.  Finally reaching the top it thought it had died, but in fact was only altering its shape: amazed at its feat, the gods had turned it into a magnificent, immortal dragon.

Although carps are considered mere fish in most parts of the world, in countries such as China and Japan they are revered, considered to be resilient and tenacious, long-lived animals (as in the Chinese legend mentioned above) and represent courage, perseverance, love and friendship. Moreover, the carp is often used as a symbol of good luck and success. In Japan, carps are ornamental, bred as pets with wonderful colours that inhabit garden ponds and small lakes, and carp breeding is extremely popular. Called nishichigoi, "brocaded carp", or more simply koi, they are often visually depicted in traditional Japanese arts and crafts that are famous for their simple harmony and great attention to natural detail.

It was back in 1927 that the British company, Alfred Dunhill Ltd. and the Japanese company Namiki Manufacturing co. Ltd. set up their partnership, after the sales representative for the Japanese company had showcased his products to Dunhill in London. Initially, the companies experimented with finely decorated lacquered fountain pens in the traditional Japanese style, but several years later this technique was also extended to adorning pipes, and today they have become rare, sought-after collector’s pieces all over the world. In the last few years the White Spot company has take up this tradition again by introducing the Namiki pipe in an extremely limited edition. The latest is the White Spot Namiki Two Carps.

Yes, the pipe features two koi carp swimming on the surface of the pipe bowl of a classic Briar Pipe Group 4 Billiard (4103), the lacquered pipe further embellished with an 18kt gold engraved band. The two symbolic fish play in water on the opposite side to the shank, so that it is the person in front of the smoker who may admire the decoration, not the smoker. In addition, the bowl is also signed by the Japanese artist on the side facing the smoker: Yutaka Sato, or just Yutaka.

Perfect in every way, this Two Carps pipe is classified as "exceptional grade A". Finished in black lacquer, it has a handmade stem crafted from high-quality ebonite rod.  Its intricate, outstanding ornamentation took six months to complete using the ancient Japanese Maki-e technique, which literally means “picture sprinkled with gold”, a process that has countless variations of applying lacquer and embellishing it.

The lacquer itself is special and highly refined, called urushi, which is originally a sap tapped from the trunk of the Rhus verniciflua, a tree common in various parts of Eastern Asia. However, the tree grows best in Japan, where it is called urushi like the lacquer, and the sap is highly precious, only yielding around 200 grams in fourteen to fifteen years. Its application to an object makes its surface highly durable, as well as utterly exquisite.

A technique that is well over a thousand years old, Maki-e rises to a material and spiritual dimension, requiring the utmost care, precision, concentration, skill and experience. The makieshi (Maki-e artist) adds to the urushi natural colour pigments, powders and tiny flakes of precious metals such as gold, silver and platinum, but also eggshell fragments, mother-of-pearl, and rare shells. The craftsman uses tools such as slim bamboo tubes, various types of fine paintbrushes, and fragments of charcoal used as delicate abrasives, to apply a wide range of techniques depending on the effect required,  on the materials, shape and texture, and fineness of the powder used in the decoration. It could even be said that the artist “invents” the most appropriate process, or that each artist adopts their own individual techniques. Nevertheless, it is a long and painstaking  process that very much depends on the time it takes for the different layers of lacquer to harden, on the methods used to apply the fragments on a still moist surface or design in lacquer so that the sprinkled fine powders are fixed.  During certain stages in the process the successive layers almost conceal the image, but then charcoal powder is applied to burnish the lacquer so as to reveal the design once again. The final result is a wonderful interplay of luminous, iridescent colours and transparencies, and the overall impression is that the design is not simply an application on the surface of the object, but an integral part of it.

The design on the White Spot Namiki Two Carps pipe is the result of the combination of  different techniques. For the lighter-coloured fish the Rankaku technique is applied, which involves the use of tiny fragments of white quail eggshell. The other red carp is the result of the application of vermillion, and a combination of Taka Maki-e (high relief) and Togidashi Maki-e (sprinkling of gold powder over several layers and final burnishing with charcoal powder).   The shimmering water in which the carps languidly swim is obtained thanks to the Raden technique which involves applying tiny mother-of-pearl fragments.

The White Spot Namiki Two Carps, accompanied by an ebonite tamper, is housed in an opulent  black lacquer wooden box, together with a signed copy of Namiki - The Poignant Beauty of Fragile Things by the author, Jean-François Canton.

Yutaka has created twenty-five numbered pieces for The White Spot which are similar, but with slight differences, so that they are in fact unique pieces with a limited edition certificate. Considering that number one will remain with the company, there are only twenty-four White Spot Namiki Two Carps modelsavailable for smokers and collectors all over the world. One of these has been reserved exclusively for Al Pascia’s customers. 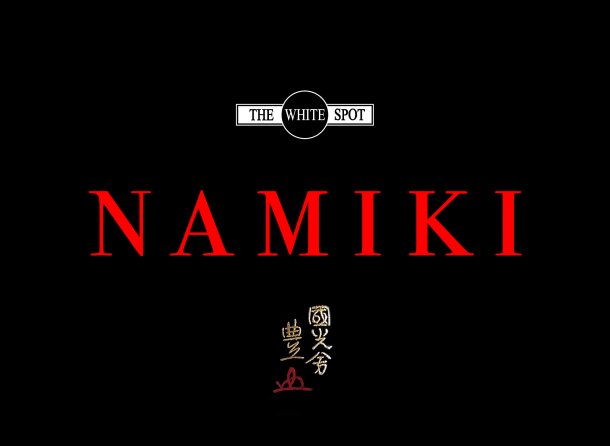 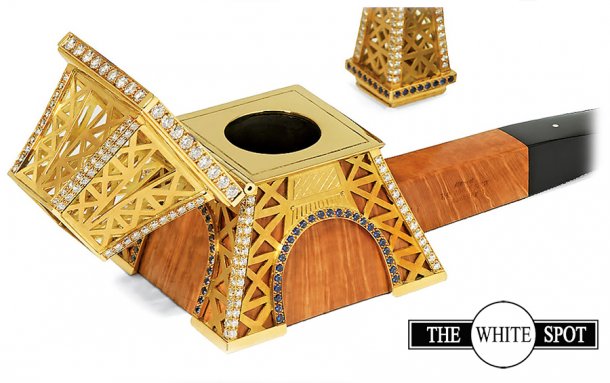 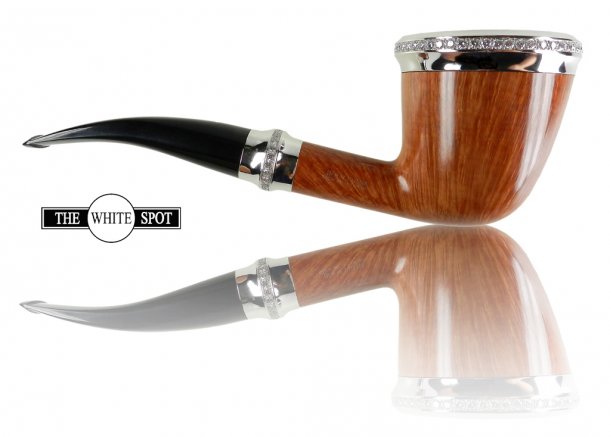